Zhou Wei Tong (周伟童) is one of the top models in China. Born in Gui Zhou province 貴州省, she was an athlete before becoming a model. In 2000, she won the 6th Annual National Modeling contest and was rated China’s top 10 professional models in 2001. She began acting and was cast as the lead actress in the TV series《天地真情》in 2003 and《夏日里的春天》in 2004. In 2005, she starred in the movie《大荒野》”Wilderness”.

“Cica” Zhou Tong now mainly to the development of film and television industry. 2010 is also an important year. Cica Zhou had just finished Li Weiyan’s first film “决战刹马镇”. In the film, she was to subvert the image of their own past pure lady, played a cool devil, This movie also made her learn a lot from seniors, and Chiling Lin is her role model of learning.In addition to film things that she has just received a certain international cosmetics advertising, this ad will be aired nationwide in March, when we will see more of her masterpiece 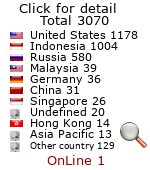